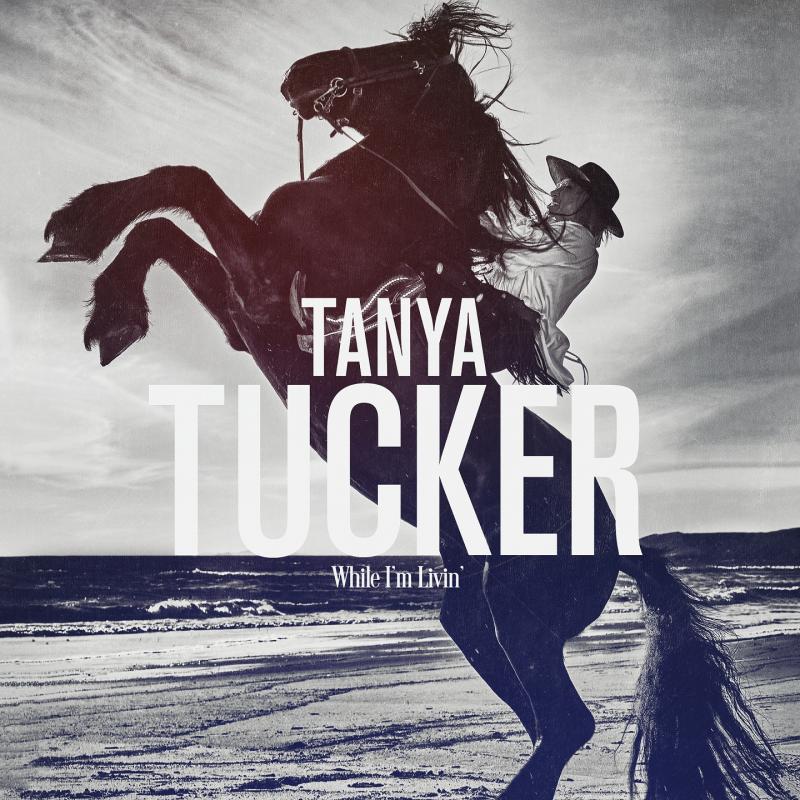 When Johnny Cash and Rick Rubin released the former’s stripped back, soul-bearing American Recordings in 1994 the impact was massive. Not only did it show a way that country music could cross over to a much wider audience, the alt-rock crowd, for want of a better term, it also demonstrated a “pop musician” could reach a career peak at retirement age. Tanya Tucker had her first big hit at 13.

She’s already had a longer career than Cash when he released American Recordings and While I’m Livin’, her first album in 17 years, very much succeeds as a similar kind of statement work.

Tucker was one of the only women to be included in the Seventies “outlaw country” movement. She was a rodeo-riding wild child who lived fast and dangerously. Her voice sounds that way too, rough’n’easy, and these songs emanate the romance of widescreen country’n’western as well as the wisdom of a life lived to the full. Co-written and produced by next generation country stars Brandi Carlile and Shooter Jennings, the set revels in the poetry of Americana (“Got my knee on the wheel and I’m feeling free, with my hobnail on the gas/I’ve just crossed over the country line, trying to make it up to Wild Rose Pass” – “Mustang Ridge”) but also has plenty of reflective moments, including a rich, pathos-laden acoustic love song for the older years in “The Day My Heart Goes Still”.

Tucker has a track record of rock’n’rolling when she fancies and does so on “Hard Luck” and the twangy, bluesey and catchy forget-the-ex number “”I Don’t Owe You Anything”. Such songs have a lightness and humour but she’s equally capable of nostalgic sentiment, as on “Rich” (“People said we were poor, we were rich in another way”) and the album closes with the heartfelt, elegiac “Bring My Flowers Now” which wisely concludes, “We all think we’ve got the time until we don’t”. Tanya Tucker’s relaunch (she hates the word “comeback”, apparently) delivers a rounded, filmic journey riven with lively emotion.

Below: Watch the video for “Wheels of Laredo” by Tanya Tucker